Well, we've just come back from a spectacular time at Herman's annual gathering, and there's a lot of updating to do.   The video linked below contains these updates -- and there's something in here for EVERYONE, whether you like portables, or antiques, or things in between.

Click here to see our latest video - the October 2014 update.

Those of you who have been following our various typewriter related exploits for longer than a decade will know that we introduced the whole Bulgarian-made range of typewriters to collectors in detail around the year 2000 or so.  Two of these are shown in the video - and the last time we looked at any of these was in 2010.

In the video I skim through a number of facts regarding the Keller & Knappich Princess, the Typewriters Works Plovdiv Maritsa and name variants.  Here are some relevant dates concerning these machines and name variants thereof, obtained through sources linked or listed. 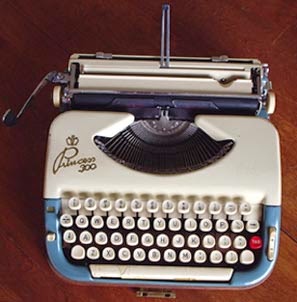 •Makes preparation to manufacture flat typewriters, 1948
•Princess typewriter, with a height of 64mm and a weight of 10 lbs introduced in 1949 - small enough to be carried in a briefcase, which could be supplied on request -link-
•Typewriter business sold to Bulgaria in 1968.  According to KUKA website, because the Bulgarians pay back mainly in typewriters, sales in the Federal Republic of Germany continue until 1971.  The range of machines sold also included adding machines and stenotypes. 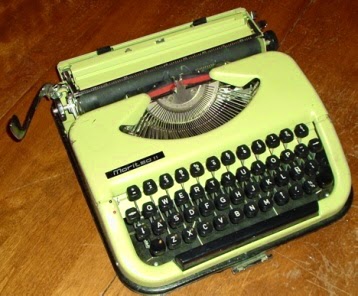 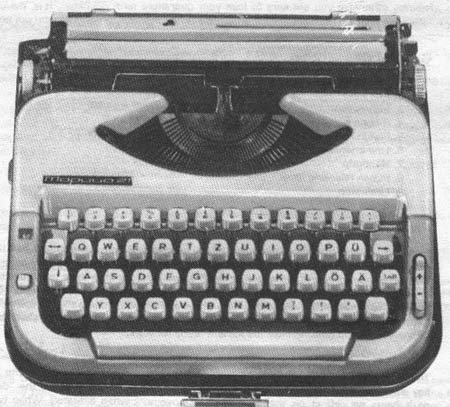 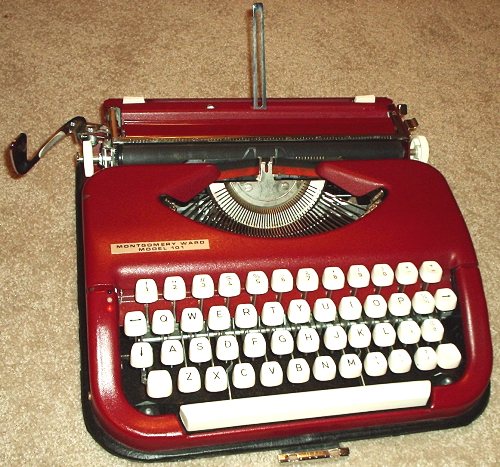 •The name "Omega" for typewriters was trademarked by General Consolidated, an importer to the USA, in 1968.  Bulgarian made machines can frequently be seen in the US with this name.
•In April 1977, the rights to this trademark were transferred to Cheromi, Inc. known to be an importer of machines distributed through Montgomery Ward as the "Montgomery Ward 101."  This correlates well with the suspected 1979 date obtained from the coded serial number on the typewriter in our collection.

(Omega trademark information from US Patent and Trademark Office.)

So there you have it, finally -- the WHOLE story of the Princess - Maritsa line start to finish.

MUCH MORE to come soon on all sorts of other things, so keep an eye on this site!  We welcome your comments below.
Posted by Will Davis at 8:01 PM 2 comments: