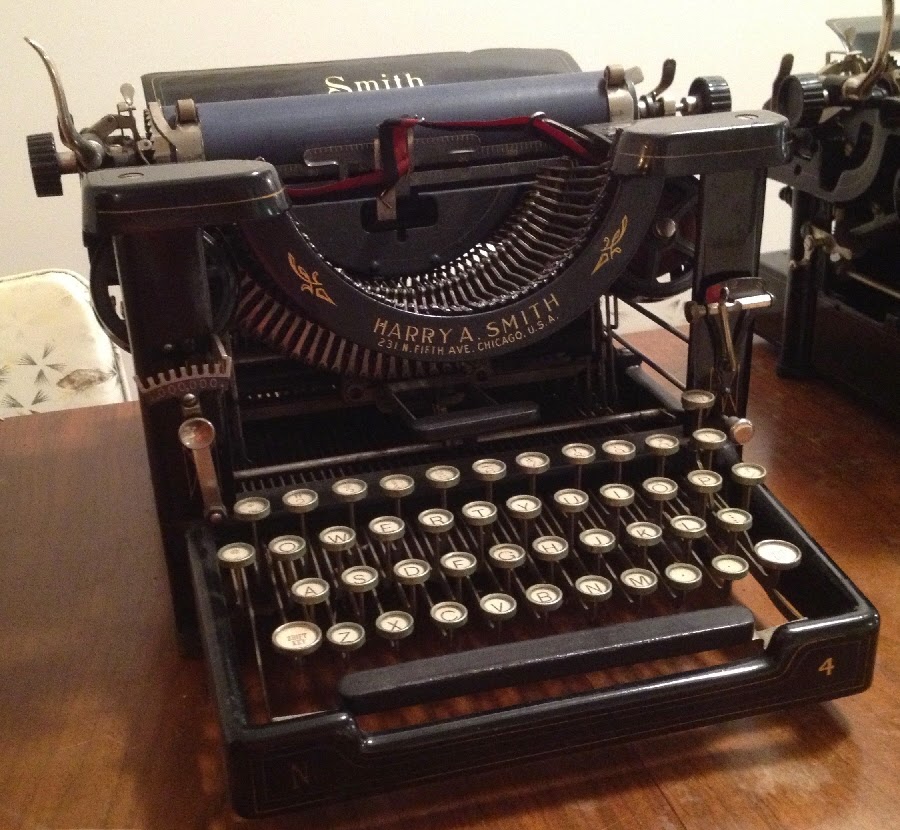 A while back, we acquired the Harry A. Smith No. 4 machine you see here, complete with its shipping crate and some paperwork and tools.  The photo essay showed the machine being unpacked; we thought it would not only be fun, but important from a historical perspective, to document the machine on video and discuss it briefly.

Click here to see a short video on the Harry A. Smith No. 4 - surely the most complete machine of its kind in terms of accompanying original material. 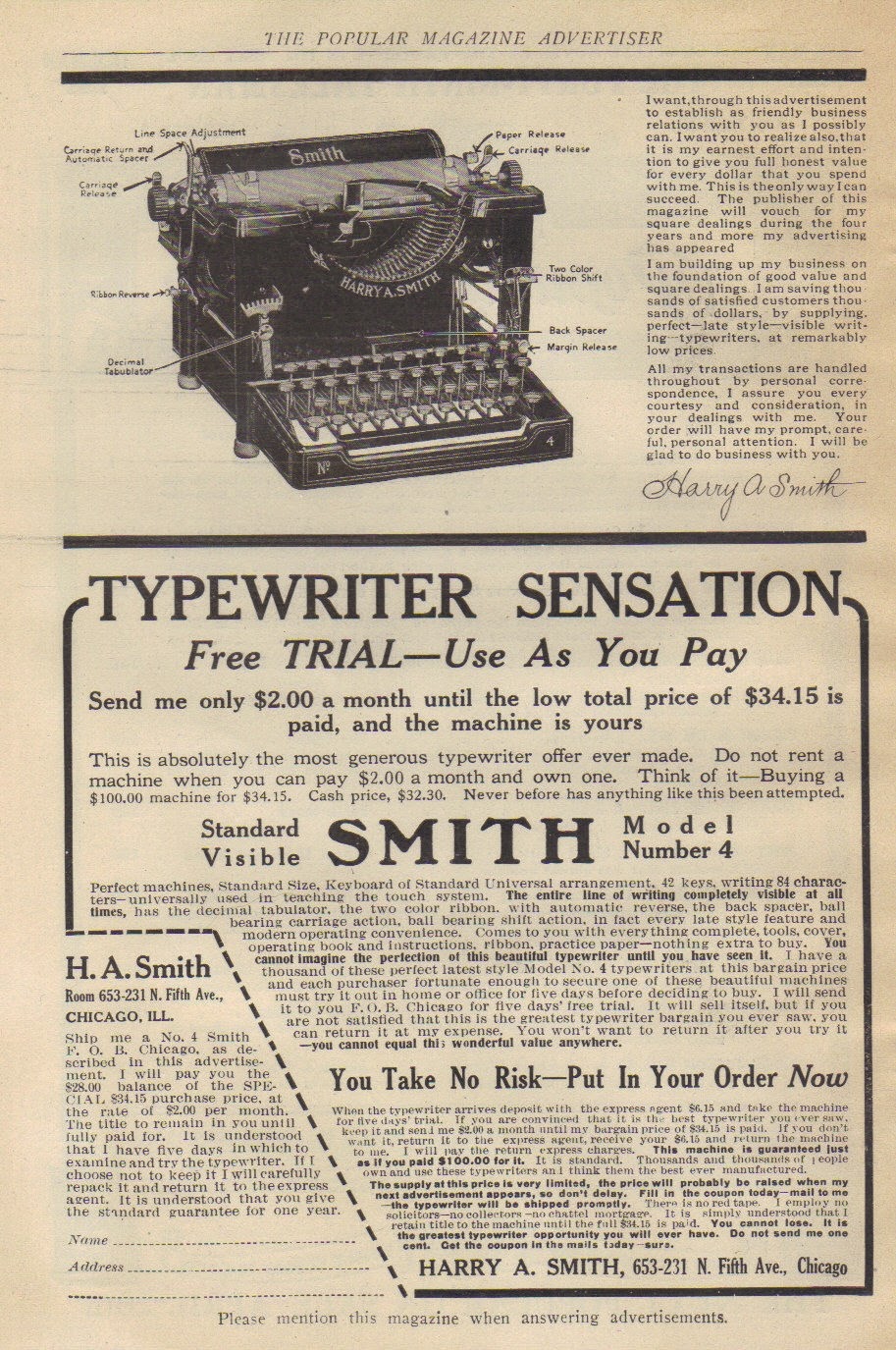 Above, Harry A. Smith No. 4 ad from 1916 seen in video.
After his years of misadventure (at times) with rebuilt machines carrying his name occasionally, Smith attempted to enter legitimate business by manufacturing a true $100 standard machine from scratch; this was the former Blick Bar machine, whose total rights he had acquired from Blickensderfer after George Blickensderfer passed away in 1917.  That venture failed when Smith and the new board of directors of the Harry A. Smith Typewriter Company could not agree on how to run the company and it was placed in receivership in 1921.  From there, Smith went on to take a job handling advertising and sales for the Annell' and after that failed was simultaneously employed by L. C. Smith  Bros. and also by his former rebuilding company, by this time known as Smith Typewriter Sales Company.  He brought these two together apparently through agreement that the Smith Typewriter Sales Company would only handle L.C. Smith & Bros. standard machines from then on; this was 1923.  Smith passed away in 1925.﻿

By the way - Harry A. Smith was buried in Dowagiac, Michigan.  Click here to see his marker.